It's been such a surreal moving experience. The little cosy apartment I've come to call my 2nd home, was the first I've had to choose and live by myself (previous stays were either in student dormitory or shared houses).

It was quite time consuming measuring the apartment and going to furniture shops, since I had to be creative in fitting furniture, making do with as little as possible while maximising functions. Having said that, it was also fun seeing them all come together. I only got the table and TV rack after more than a year being in Kobe, realising I can't keep eating on a box while sitting on the floor watching the TV! 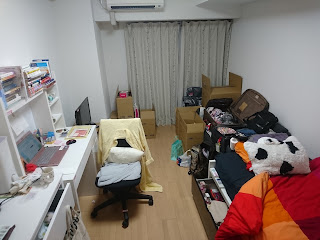 In the beginning, I hesitated in getting some stuff since I thought I'd only be there 1 year. In the end, all these stuff I had accumulated became an integral part of the apartment. So much so that it was difficult to have to pack them, give some away, and return the apartment to its original state. 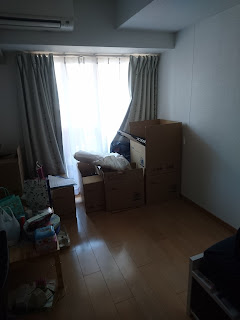 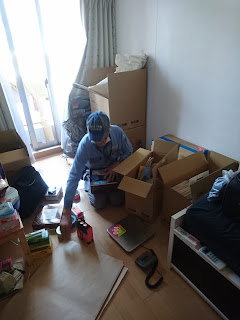 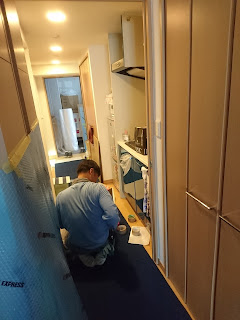 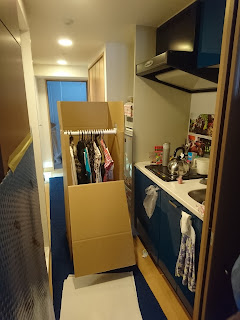 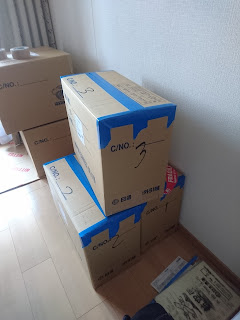 Thank God for professional movers though the organising and planning took the most time - especially when I had to decide between air cargo, ship cargo and storage. Each had its own weight limit and restrictions (eg : can't bring natural plants, milk products, wine/alcohol, etc). Had to give away the wreath I made last December, passed the Milo stuff through my colleagues, and decided others could drink the home-made umeshu faster than I did! 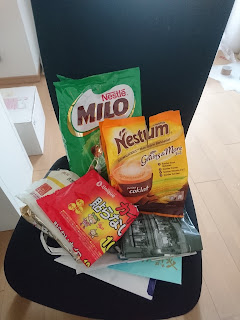 There was only 2 of them (with the driver downstairs to make sure the police weren't fussed) but they worked quickly and quietly. It reminded me of when the Ikea people came over to assemble the furniture.

I had already packed some of them in advance, but since they had to inspect and list down everything, I had no choice but to allow them to unpack them! All my things got jumbled up, and weren't exactly in the order I had placed them. I had already made many lists while planning, eg: x box for important documents, y box for toiletries, z box for gadgets and devices, so that I could find my things easily when unpacking.

The first day was mainly for the air and ship cargo. Because it wasn't a straightforward process, the whole packing took 2 days. If I could just pack everything as if moving domestically, that might have taken just half a day. I only discovered some things weren't packable during the first day, so had to quickly revise my plans. 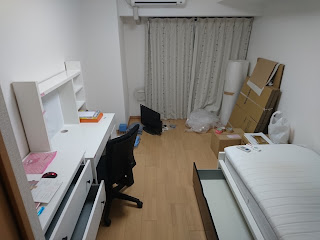 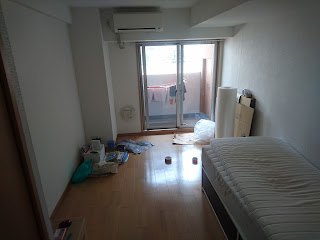 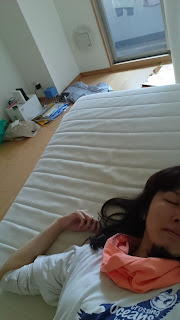 After weeks of planning while also working, I was really exhausted by the time I was left with my bed. By this time, it had been half a day on the 2nd day with the movers. They had gone off for lunch, while I tried to have my final nap on the bed that I had found rest the past 3.5 years.

Thank God I found an affordable hotel just around the corner. So thankful I could move some luggages there while my 2nd home became empty bit by bit. Even though I was occupied with the packing and dis-assembling, I tried to document this process as much as I could.

Heartwrenching might be an overstatement, but I was quite reluctant to move, whatmore to go through the whole process. Just very thankful that it was from Japan and the movers made it as painless as possible.