The whole of last week has been krazybusystressful all at once. Everyone needed something done by that week itself. Not only from the client but from the firm as well - talk about dual loyalty. Felt like the Bangkok trip didn't happen, or rather, the effects of my holiday have been negated by the overwhelming requests from various parties.

Just when I was about to wind down after Bangkok, I had to stay back everyday at the office due to an important visit from some really top management on the client's side (yes, when you reach this state, you know you're beginning to associate yourself more with the client!).

Usually people would look forward to rewinding after a hectic week, but I had to wake up early for the drive up to Penang for a colleague's wedding. That meant it wasn't just me who would be pretty much whacked out from the week's krazybusystressful activities, and if someone weren't too eager to go clubbing after the wedding, it was perfectly understandable.

Weddings are usually happy affairs, and witnessing such love and warmth as evidenced by the couple's family & friends made my heart all fuzzy. But somehow I felt I wasn't being myself, and not able to be as cheery as I normally would when the 2 elements of good food and good company are around.

The effects of the previous week were taking a toll, and for most part, I tried to smile and laugh as I usually would, but deep inside I was really numbed and going through the motions. Here's to hoping for a better week this week. 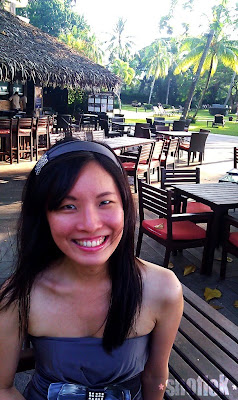 Taken with my new toy at the beach of Rasa Sayang Resort & Spa - prolly the only time I was genuinely laughing - must be the effects of the beach!

So Bee and I were waiting for the ferry at the Wat Arun Cross River Ferry Pier after having visited the famed temple. Coincidentally we wanted to take pictures of each other, and so I tried to snap one but I didn't quite like the background, as you can see below these tourists were behind. 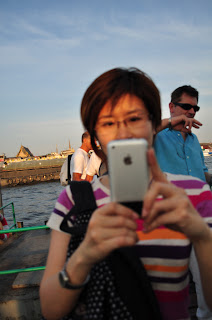 The guy in blue seemed intent on regaling stories to his companion, that I didn't expect him to realise I was taking pictures. So I had to stop myself from laughing when he tried to pose for me! 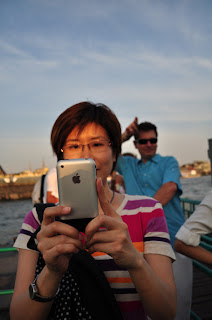 Bee was busy trying to take a good shot of me photographing her that she wondered why I was laughing to myself.

As I looked out to the Chao Phraya river, I saw that the ladies at the end of the pier had some really colourful tropical flowers on them. Not wanting to intrude nor look like a trigger-happy tourist, I tried to zoom in from where I was standing, and I got this guy in the picture again. =.= 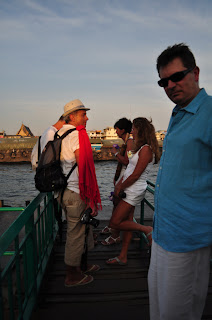 I think he later realised I didn't want him in my pictures, so he decided to look away. But I got a bit fascinated with his companion's dress sense and decided to capture her quirky style. 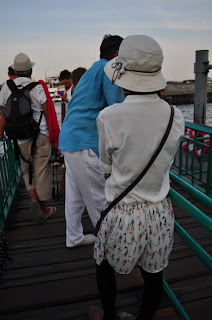 From 2 separate conversations in a single day; one with a bosom buddy, and another with my Kelantan besties :

It's tough when you know you have to hold on to your values and do the right thing, because sometimes it feels easier to just ignore them and follow your heart, but at the same time your head tells you to weigh the consequences and reminds you the values were there for a reason.
Sprinkled by §nóflèk at 1:28 am No comments:

So I've been busy with my new toy recently >.< 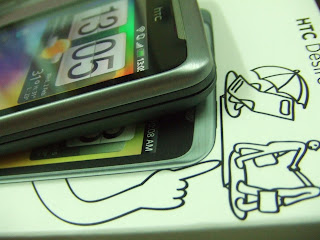 Can't help it when there's just so many things you can do with it! With my impending trip coming up in less than a week, it's even more imperative that I learn to use it soonest possible.

Learning from my Euro backpack trip, I realised a smartphone would come in handy if I needed to access the Internet or get help when needed, and yet I don't want to lug around a laptop especially if I'm also travelling with another bigger toy :D 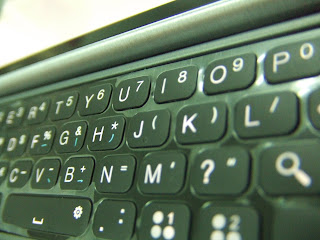 Compared to many peers, or at least the people I'm surrounded with most of the time, I'm quite a late starter. I'd like to think that as long as my previous phone was usable I didn't have to rush to upgrade. So I took my time to research, learn from what others were saying about their own experiences, read reviews and played around with different models to see what I would be comfortable with. 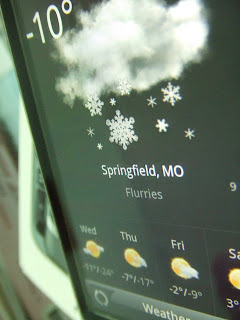 Actually, part of the motivation came from my parents who threw a suggestion asking if I'd like to consider a new phone as part of a present. This was about 1 year and a half ago, when I had just came back and realised just about everyone seemed to be having one, even kids! 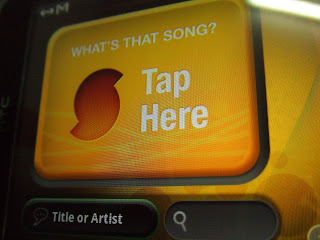 Not wanting to burden them, and appreciating their good intentions, I told them to hold off giving me anything for 2 Christmases and 2 birthdays, until I found something I really liked (and needed). So it's like accumulating the worth to get something bigger.

Works well for both sides - they don't have to scratch their heads thinking what to get me (even though cash would be a safe choice), and I wouldn't feel so bad forking out so much money to get something like this! Or I might just have waited a few more years to get it myself when the other phone eventually gives way.
Sprinkled by §nóflèk at 1:46 am 2 comments:

Strangely being labelled as a city grrl just because I come from KL, and have lived more years in the Klang Valley recently (nevermind that most of my life have been spent out of KL!), I get surprised looks when I admit I've never been to Alexis.

People have been raving about their carrot cakes and tiramisu, but since I don't particularly have sweet tooth, never found the urge to try them out. 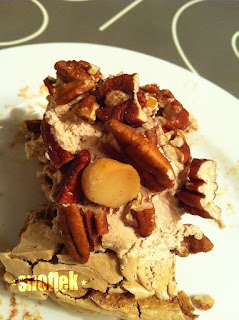 In my first outing at the BSC outlet, they had unfortunately ran out of the famed Italian dessert. Had to settle for this odd-looking creation - the Chocolate Nutty Meringue. Loved the crunchy walnut bits sprinkled with chopped macadamia nuts.

Certainly not your typical cake in perfect triangle shape and coloured icing and cream all over. I like how it's not too sweet, has an unusual texture and leaves you wondering how this crumbly chunk could actually be cake :)
Sprinkled by §nóflèk at 2:48 am 2 comments:

The last time I had craving for Greek was back in Japan, and we couldn't find a decent one, nor any that we knew of! When I heard about Athena in Pavilion, I thought I should give it a try.

I've seen it while having dinner at Michelangelo's Restraurant.Deli.Bar next door, and thought the blue and white interior quite charming. Seemed very apt colours for a Mediterranean eatery alright. 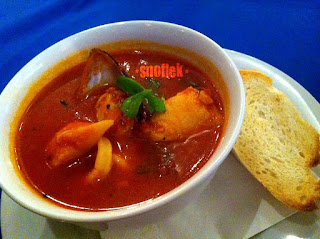 Athena's Seafood Di Mare which was supposedly recommended came out rather disappointing. The description of the menu read "a delicious tomato soup prepared with fresh seafood". I think it's safe to say with my amateur cooking skills I would've made a better version of it. Seems like no thought were put into making the soup "delicious", it tasted like a diluted version of a canned tomato soup. 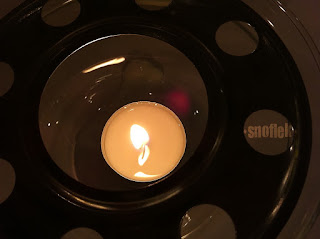 Lamb Soulvaki - roasted lamb and vegetables with fine herbs and seasonal vegetables wrapped in a grilled Pita with Madd Greek sauce. Apparently nothing to shout about, as the lamb seemed rather dry and from the picture, didn't look like it fit the description of being "wrapped" in the Pita bread =.= 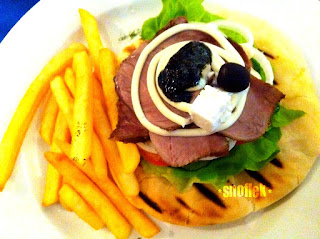 Noticed there were quite a lot of pasta, tapas and paella dishes on the menu - perhaps this is what Modern Mediterranean Dining means!

To be fair, we didn't get to try the more elaborate signature dishes that Athena had to offer. But looking at the majority of the patrons who were at the walkway having beer rather than in the restaurant proper having real meals, it's quite easy to see why the distribution is such.

Even though CNY has just started yesterday, my pigging out started a few weeks back, thanks to my carpool buddy who suddenly got hungry on the way back.

I took him to Full House at Sunway Pyramid, though really it's not his type at all - so white, pretty and grrly. Because tea generally keeps me awake, I decided to order lavender, hoping for a relaxing rest after. The other pot, jasmine, was a surprise to me personally because the ones I've had came in dried leaves instead of whole flower buds like these. 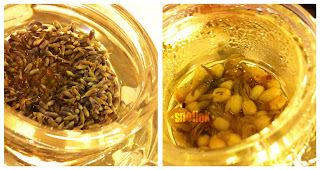 I must note that Full House does well in its decor and food presentation. More pictures from my first visit there last year.

The soft shell crab deep fried dipped in wasabi mayo wasn't too bad. I'm still looking for a really crisp, not too dried up version but I guess I can't complain since I never got to eat soft shell in Japan. 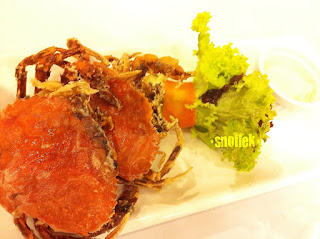 In the front of the magazine-like menu were some oyster delicacies such as oyster shots which I was very tempted to order. But wanting something more filling, decided to try the Oyster Mornay instead. Baked oyster with spinach & cheese sauce - eat it while it's hot. 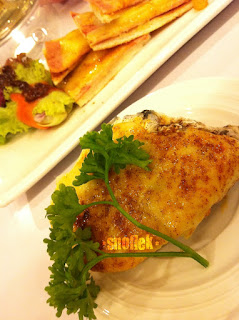 The Croque Monsieur looked more like club sandwich, because it was toasted bread with pineapple, ham and cheese. Paired with wild mushroom soup, just nice for a light meal.

Overall, this place is great for chilling out and admiring cute pictures on white-washed walls, and it's a novel concept which is becoming quite trendy.