I've never been good at following recipes. I figured, if I made something according to that recipe, anyone else who followed that recipe would be able to make the same exact dish as I had.

I don't think that would make me a good cook. Plus, my dish would be just like any other dish that anyone could make. But of course, that's my own definition.

I've always liked experimenting and trying out new things. Cooking included. Based on what I remember, I try to recreate the same taste with the ingredients that I have, and if necessary, purchase what I don't already have in the kitchen.

For those who've seen me cook, or cooked with me, they would never catch me with a recipe in hand. The con to that is, the dishes don't always turn out as expected!

Whenever I attempt something new, it would unvariably turn out superb good the first time around, but not-quite-there subsequently. That's where recipes come in. So you don't fail at classic and time-tested dishes.

This part of me may have been inherited from my maternal granma (bless her soul!). I grew up eating her famous Hainanese Fried Chicken, which is a gazillion times better than Kentucky Fried Chicken. If Colonel Sanders had his pressure-cooked 11 herb and spices chicken, then Ah Poh too had her own version of herb and spices chicken, and to the best of my knowledge, it has been a closely guarded recipe! My childhood memory includes this image of her taking out a jar of mustard brown paste from the refridgerator and marinating it on the chicken.

I would like to think that by experimenting and adding my own ingredients I would be able to come up with something a little different. Something that cannot be replicated. Something special. 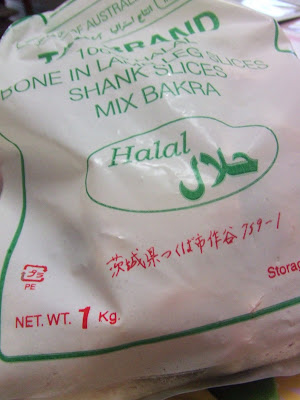 Last week, however, I actually followed a recipe closely. At least, as close as I could because I had to improvise on certain things. We had earlier bought 1kg of lamb shanks online. None of us had cooked lamb before. So I decided to search through the millions of lamb shank recipes online. 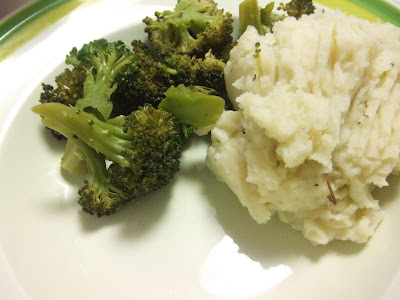 When you see a recipe that says Incredible Baked Lamb Shanks by someone such as Jamie Oliver, also known as The Naked Chef, you'd better follow his recipe to get a delicious dish. 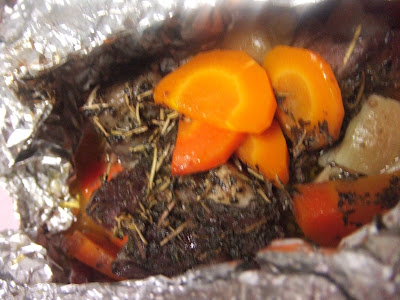 I could have done a trial-and-error as always, but I didn't want to be wasting the precious lamb shank and all the herbs and spices that would have made a difference in the dish. 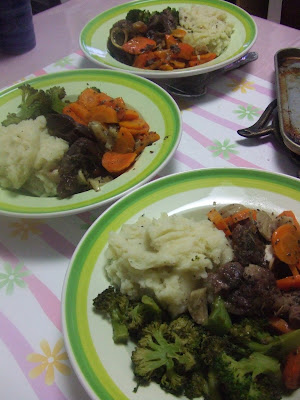 In my honest opinion, it came out well considering I had to adjust the recipe somewhat. For one, our lambs came in pre-cut chunks unlike those with a bone in the middle as depicted in recipes. We didn't have an oven which had temperature indicators, so we had to make rough conversions from Watts to Celcius. 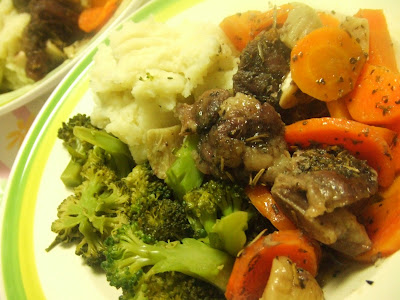 The meat could have been more tender, but the sauce was just perfect with the mashed potatoes. I could have had just the potatoes and sauce by itself. Overall, it came out very flavourful indeed, and the remaining white wine completed the whole meal. 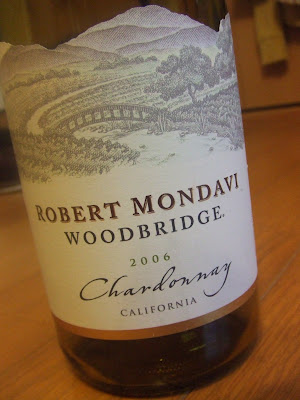 To read about what happened after this batch of lamb :
1) We made a batch of lamb stew which turned out heavenly!
2) And I had still some more leftover lamb which was even heavenlier, if there was such word!
Sprinkled by §nóflèk at 3:32 pm