Mt Yahiko may only be slightly more than 600m above sea level, it nonetheless is an imposing presence on the coastline of the Sea of Japan. It overlooks the vast Echigo Plain inland and provides an expansive view of the rice paddies of Niigata, a region well known for its rice production. 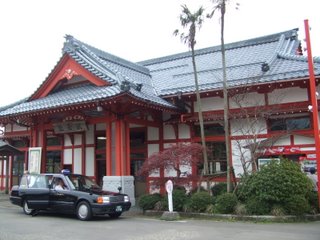 The students from the Nihongo-0 class organised a trip to Yahiko last month. By then we had roughly gotten a hang of the train system and how to recognise basic kanji characters. We took the JR line from NiigataDaigakuMae, switched at Yoshida and continued on to Yahiko Eki. The interesting part was that the front entrance of the Yahiko Eki is built in the likeness of the Yahiko Shrine. 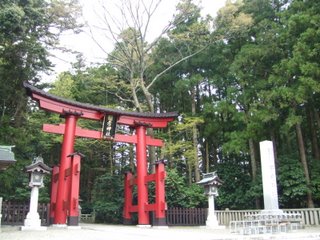 Yahiko Shrine, the primary shrine of the Echigo Country (old name for the Niigata area), is nestled amidst forests of cedar and zelkova trees at the eastern foot of Mt Yahiko. The shrine grounds are surrounded by a dense grove of old trees, such as Japanese cypresses, creating an awe-inspiring atmosphere. 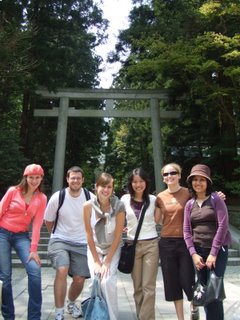 Visitors to Yahiko Shrine buy wooden tablets on which to write their prayers and wishes and have then hung here. I'm not sure what happens to the tablets, perhaps the priests collect them at the end of the day and chant some prayers for the people. Wish there was a tour guide who could explain the ceremonies that took place in the shrine. 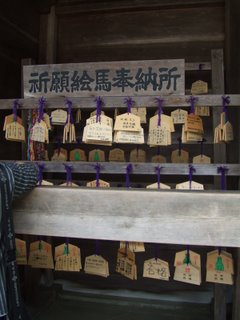 There's actually lots that can be done up on Mt Yahiko - hike up the hill, enjoy the natural onsen, ride on the ropeway to get to the top where Sanjo Park awaits you, have picnics near the playground or cycle on the trails around the hill. Since some of us had to rush back for the Coffee Hour*, we left after lunch. 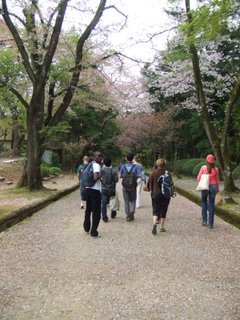 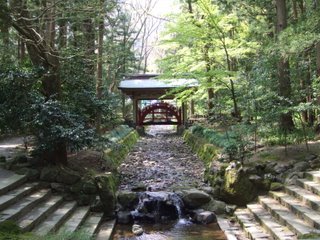 *Coffee Hour - Tea time gathering held every 10th, 20th and 30th of each month at the International Student House for international students to mingle with Japanese, where they can make new friends and improve their Japanese language.


You can tell that this post sounds quite blah. Updating the blog takes up so much of my time! Writing something that has already happened in the past takes away the oomph la.
Sprinkled by §nóflèk at 8:41 pm